This blog is from the archives, was unable to post it earlier due to legal obligations

Rohini had committed to buying  a Black Ops 2 for Sarang, I learnt it  later that she was shopping for one – she had come to my advise as to  where to shop for it. I showed my disapproval of the same, as I had  always been against buying gun toys for our children. Till date they  had never had a toy gun ever. This was somewhere two weeks before  Christmas and Rohini hoped she could buy one for a good deal and have it shipped by Christmas.

Now I stepped in to discuss this with Sarang. Up until now I had never shopped for kids Christmas it has always been Rohini’s arena. Moment he heard that I was planning not to get him BlackOps2, he retorted vehemently, “Papa, you can’ t do that, Mommy has already promised me, now she can’t take back her word.”
“But you know, how I feel about you playing those violent games”.
“But Papa!, you can turn off the blood and bleeps off the game, all  the kids have one since two years now”.
“Well, I let you play at their houses that is big enough, besides you  are not really into that game, why buy it”.
“Well you never bought me one, how could I get better like those kids,  I am getting one this time, you cannot stop me. I have also been a very  good boy this year and you know that”.

That was true, he was a very good and responsible kid this year and I  had expressed that feeling over and over this past few months , I  never do that – why that’s a separate blog all together.

“If you have to buy it and if your Mommy has promised you, you get it,  but I don’t approve it.”
My disapproval never flies by him, it always hits him.
“That’s fine, I am still getting it”. Well I will take back my previous statement.
Looks like he was determined to have it, I was surprised why he was so  persistent, he usually never is and never likes to own/have anything  without my approval, I always persuade him my way, but it looked like  I was loosing this battle. May be he was growing up, more determined  to his choices rather depend on his parents anymore.

I made one more last effort.
“How much does it cost?”
“60 bucks”.
“60 bucks??” , I screamed.
“That’s how much a game always costs”.
I had bought him a PS3 from past 3 years but had never bought a game. Just played on trial games.
“OK, here’s the thing, would you like to listen to me”.
“What now, I am not backing off”.
“You can get it, but can you wait to buy it after Christmas, it  usually goes on sale, you can have the 60 bucks right now, and buy it  after christmas  when it goes on sale for 40 and put 20 in your piggy  bank”.
“What I will not have a gift for Christmas!”.
“I will buy something for you, for this Christmas”. I really had  thought I will buy a gift for him this year as I had felt he really  deserved one not by Santa Claus standard but my standard. Note he was always a good kid by Santa Claus standard that’s why Rohini got him one every year.

“Fine!, soon after Christmas we are going shopping and getting one,  whatever price it is”, with a sigh.
“Deal”, I said. Strike ONE.

By this time the Sandy Elementary news broke out and I was not in the mood of discussing with Sarang and associating this with violent games played by the kids, but did not want to buy him a game for sure.

“Papa, can we go to mall and get the game NOW”. Christmas had passed.
“Why would you want to buy now, you know we are going on a vacation  to Poconos and you will never get to play until we come back after new year, why not just buy then”.
“What?, fine but I am buying then, this is going on for too long.”
This was Strike TWO. 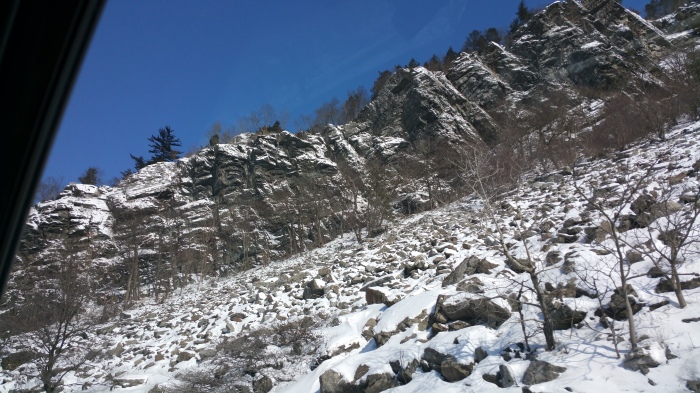 Up on the snow mountains we had welcomed a brand new year 2013. During the vacation, I reminded him how much he loved Skiing as we  skied everyday. I slowly began to talk about the Sandy incident, he  had also learnt a lot from his teachers at school by this time.
“Why would you want to buy BlackOps2 now, when you know that it is all over the news that these violent games are leading to this aggressive behavior”.
“But Papa, there was some crazy guy who took up the guns and did a  terrible thing, not all kids who play guns game end being violent.”
“No not really, but it only aids,”, I said.
“But the people who go into military also use guns, so do cops, it is  like practicing to be one.”
“I know, I will buy the game in future, it is also rated “Mature”, may be when you become 12 or 13, just lets not buy it now when the sentiments are flying so high in the media”.
“No, I am still buying it, all my friends have it and you know it”.
“I know, but they already had it from past year or two, just buying it  now is not a good idea after this news has come out, hold it back for  some more time, you can keep playing at your friends place.”
“No Papa, NO, I am still buying it when we go back home.”

I thought now I had lost it. I was really surprised that he was so  persistent on getting it. This had never happened earlier except to  one time. He was five years old I had taken him to grocery shopping  one evening, a regular grocery shopping father and son, then go back  home. As we were walking to the checkout he noticed a small mattel car on the shelf.
He went, “Papa, I want it”.
You just don’t buy it because he wants, “No put it back”.
“Papa please, I want this car”.
“No we just don’t buy something when we find something in the store”.
“But papa, please I want THIS car, please…”.
“You have lot of cars at home”, I had got 20 car set for him.
“But papa, I want this car”, It was purple in color, I found nothing  appealing about it.
I said, “No put it back”.
“Papa please I am getting it”, he walked towards the checkout.
“Put it back,” I demanded. Tears started rolling, he pleaded.
“This one time papa, I will never ask for anything again”.
“You can’t come in the store and cry and demand for things, I not  buying it period.” it was costing less than 5 dollars.
He started rolling on the floor and cried for it as I put it up on  the shelf. Rolling on the floor was new to me. It baffled me, he had never done that before, but there is always a first time. I picked up the toy and asked him to get up and we walked to checkout. He wiped his tears as he carried the toy car to the parking lot.  Moment I buckled him in the car seat, I yanked the car from his hand  and told him that I will be returning this back to the store and he is not getting it. He cried all the way to home begging please and how badly he had needed it. I had listened to none of that.  We came home and he narrated to his mom about the incident and she told that it was alright to have him that car. I said, I am not buying  that, he had rolled on the floor in the store.  He begged again he would do anything to have that car. I said to him then I would place this car up on the shelf for a week and he not watch TV and be a good a listener for a week then he would get it back. He  accepted the deal. A week passed long story short he had earned the toy. Later I learned that it was a purple car from CARS movie and it  was fairly a rare find as per his friend who had it in his class. Did I feel bad, YES I did.

Now coming back to this day, I was sensing the same for BlackOps2,  else he would not do it. But I was determined to sway him away from  it, for Sandy news – at least for now, I had seen Fiscal Cliff gaining  steam in the media.

Vacation was coming to an end, it was very joyful for him, I still had in the mind that I am not supposed to buy him when we got back home. He on the contrary was making plans to play with his friends when he got home.

One more deal, as we drove back home.
“Sarang, how about I buy you  a snowboard, instead of BlackOps2”.
Snowboard was his favorite even though I had insisted him to practice  more of skies before he moved on to snowboard.
“Nice try Papa, I am sticking with BlackOps2”.
Rohini chimed in, “Sarang, think about the deal he is offering,  BlackOps2 costs 60 and snowboard costs at least 300”.
He thought for a minute…
“Papa, can I pick any snowboard I want in the shop?”
My eyes lit up, ” Sure you can”.
‘”Nah! I still want BlackOps2, I can keep doing skiing for now”.
Some more persuading went from his mommy, then he thought for few more minutes and asked, “Can I put some more demands with the snowboard?”

I put my poker face and said to him sternly, “Dude, you won’t get
this deal again and again,  I will give you till end of the day, you come up with your demands, we sign a contract, then it is  deal, else get going with your BlackOps2”.
“I want snowboard and some more what do I need to do”.
“When we get home you write up a contract between you and I and we will stick with that”.
“What does that mean?”
“That means you write what you want for giving up BlackOps2, I will look at the contract make some amendments to suit my conditions, we both agree then we sign at the bottom, that will be the contract, if you fail to stand by that then you get nothing and if I fail then I will have to provide you both the BlackOps2 and your snowboard”.

It looked like a deal to him, there was no further discussion until we reached home. He went straight writing his needs in the contract and later I made my amendments to the contract. Attached is what we agreed and signed upon.

As of date its Sep 2015, hope Sarang does not read this blog